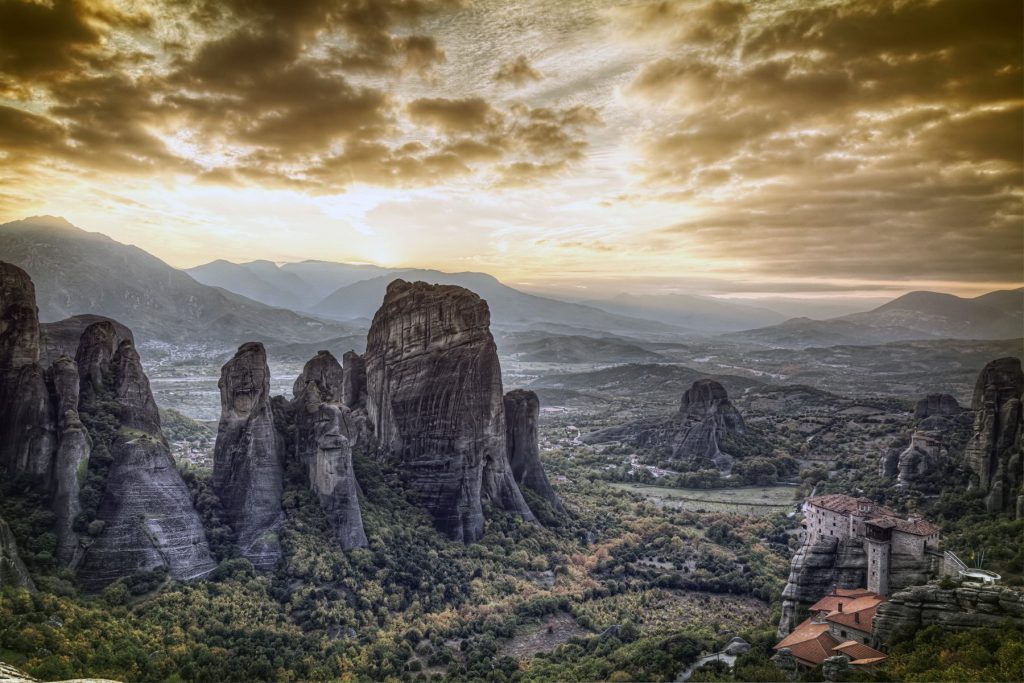 Meteora means ‘suspended in space’. These tall, vertical rocks will have you gasping in disbelief. But it’s not just the incredible geology that stretches your imagination. It’s the monasteries balanced on these pinnacles.

The monks who built them were the original rock climbers, lifting the materials up with pulleys, nets and their bare hands. Today climbers from all over the world come to Meteora, to compete with the gigantic rocks.

Unesco has declared Meteora a World Heritage Site and the Greek state calls it a sacred spot, inviolate and immutable. Add your own adjectives to the “guestbook” of Meteora, which reaches 2 million visitors each year.

At 54km from the city of Trikala and 1.090m high on the slopes of Mt Koziakas, Pertouli is a fascinating village built in an amphitheatre shape among dense forests, lush meadows and running waters. Once a meeting point for the farmers of the area, it is now a winter destination that stands out for its scenic houses with the red-tiled or stone roofs, its ski resort, and its excellent tourist infrastructure. 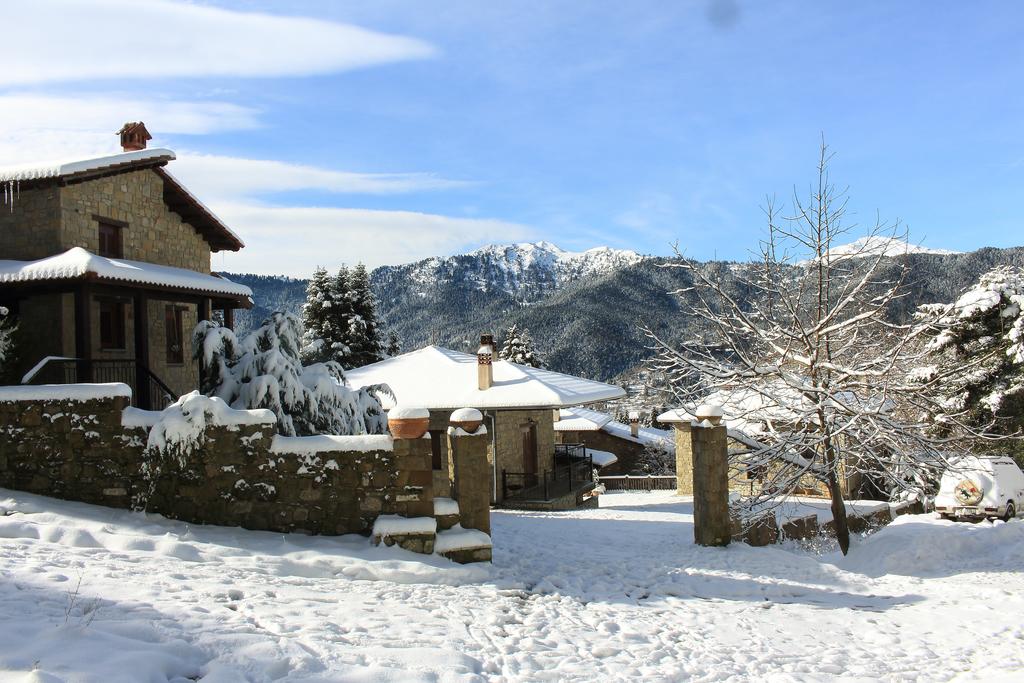 Elati (fir tree) is the largest mountainous village of the district of Trikala and the most touristic of them all. If you are into winter sports or relaxation in the midst of the mountain, Elati is the place for you. At a distance of only 34km from the city of Trikala and perched on the slopes of Mt Koziakas at an altitude of 950m, the village offers all the joys and benefits of a mountain holiday.
The gorgeousness of the landscapes all around the village, the scrumptious traditional cuisine of its tavernas, combined with loads of snow in the winter and freshness in the summer, makes Elati a place no less attractive than any famous destination in the Alps.

A natural gate is formed between the mountains Koziakas and Itamos, uniting the vast thessalic plain and the mountain range of Pindos, eighteen kilometres southwest of Trikala. The small river Portaikos flows between the rocky sides of the narrow canyon watering the surrounding lowlands with the water that transports from the melting of the snow of the surrounding mountains. Here is Pyli (which means gate), a small picturesque town of 2,500 inhabitants, built at the foot of the two mountains around the banks of the river. It has become known because it is a passage to the mountainous tourist resorts of Pindos offering a satisfactory number of restaurants, cafes and bars. 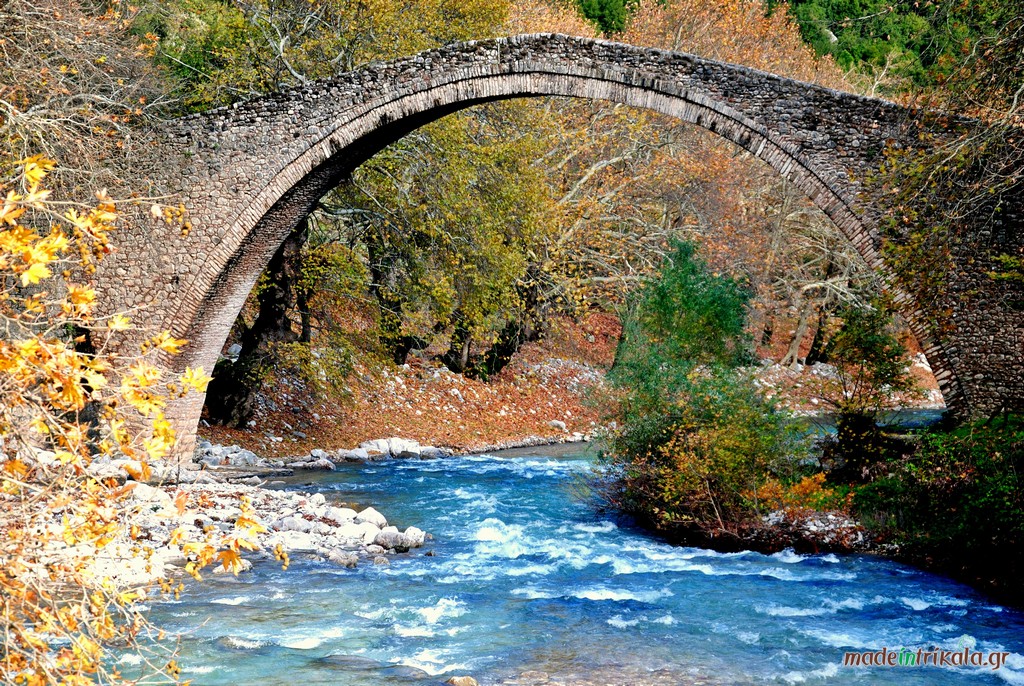 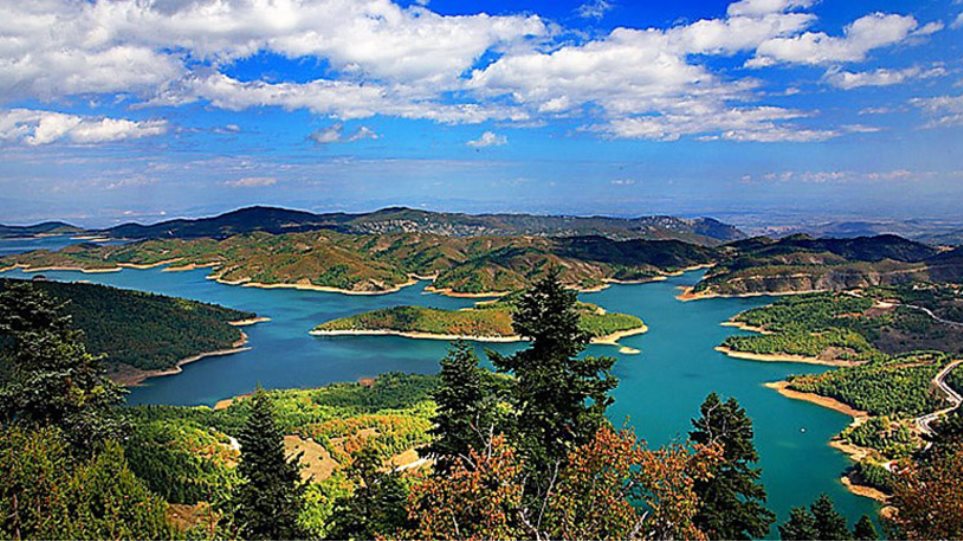 A miracle of both man and nature, Lake Plastira is one of the biggest artificial lakes in Greece  and, framed by the fir-tree peaks of the Agrafa mountains, one of the most beautiful. You’ll enjoy biking around the lake, kayaking, rock climbing and hiking, horseback riding and 4×4 adventures, providing the very best of the region of Thessaly. The visitor can also enjoy authentic local flavours and wines and explore old monasteries and historic villages. Lake Plastira is not just a winter destination. There are plenty of reasons to visit, any season of the year.

This website uses cookies to improve your experience while you navigate through the website. Out of these cookies, the cookies that are categorized as necessary are stored on your browser as they are essential for the working of basic functionalities of the website. We also use third-party cookies that help us analyze and understand how you use this website. These cookies will be stored in your browser only with your consent. You also have the option to opt-out of these cookies. But opting out of some of these cookies may have an effect on your browsing experience.
Necessary Always Enabled
Necessary cookies are absolutely essential for the website to function properly. This category only includes cookies that ensures basic functionalities and security features of the website. These cookies do not store any personal information.
Non-necessary
Any cookies that may not be particularly necessary for the website to function and is used specifically to collect user personal data via analytics, ads, other embedded contents are termed as non-necessary cookies. It is mandatory to procure user consent prior to running these cookies on your website.
SAVE & ACCEPT
Skip to content